Transforming Healthcare with IT & Silicon Valley to Wisconsin Politics 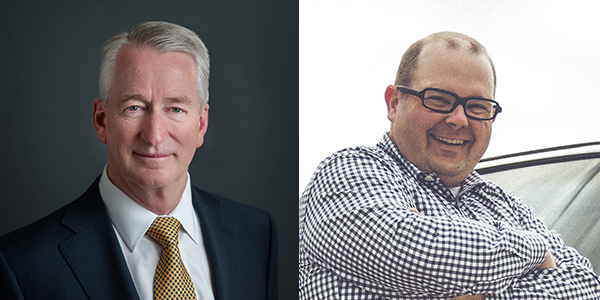 We have an exciting doubleheader Badger event on November 14th where you will get to hear from two of our most accomplished alumni.

Transforming Healthcare with IT

Ed Kopetsky (MS IE, '81) joined Lucile Packard Children's Hospital Stanford and Stanford Children's Health as CIO in 2009. Under his leadership, Stanford Children's has been recognised as a leader in innovating care using the power of electronic health data and analytics, including being named a 2017 HIMSS Davies Award winner. Ed is now helping lead advances in virtual care and remote monitoring and is an executive sponsor of the organization's Digital Health strategy. Prior to joining Stanford Children's, Ed developed and supported healthcare clients across the country as a Partner in IBM Global Services. He is a recipient of the Distinguished Achievement Award by the UW College of Engineering.
Advances in electronic health records nationally, combined with new analytics, web, mobile and sensing technologies, is enabling transformation in healthcare. Stanford Children's Health is at the center innovation in care for children and expectant mothers. Ed will share his experiences in leading change and adoption of cutting edge solutions, and also his vision of what lies in the future for next generation patient and consumer healthcare experience leveraging advanced information technologies.

Kurt Kober (MBA '07) and his wife, Abby Kiefer, spent their careers in marketing and technology.  Working for Clorox Company, Kurt was a leader of the company's digital transformation.  Meanwhile, Abby was the co-founder of venture-backed Red Clay, a marketplace for industrial design.  After the 2016 election, Kurt and Abby decided to move back to Wisconsin after living in the Bay Area for almost a decade.  Their aim was to change the political conversation in their home state and also to change the tools used in that conversation.  As a result, they launched Kurt's campaign for Lt. Governor.

They, along with a team of young political and business leaders, brought a Silicon Valley + consumer marketing approach to Wisconsin politics and went from 0% name id in January to garnering nearly 40% of the vote.  Although electorally unsuccessful in this first venture, Wisconsin took notice and a foundation has been built to drive the investment and entrepreneurship agenda. Abby and Kurt will share their learnings along with their reflections on the current state of politics in Wisconsin.